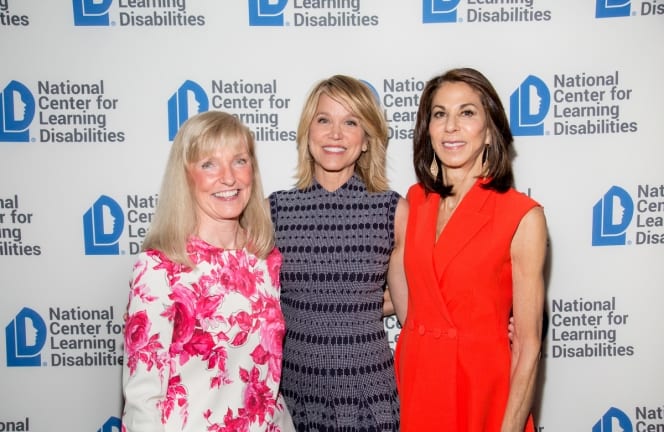 Learning, laughter, tears and generosity! These four hallmarks of a successful annual benefit were all present at the “1 in 5” themed National Center for Learning Disabilities (NCLD) 38th Annual Benefit Dinner held at the Mandarin Oriental in New York City on April 22, 2015. The theme refers to the one-in-five individuals who have learning and attention issues. Over $2.4 million was raised in support of children and adults with learning and attention issues. The evening was emceed by the award-winning journalist Paula Zahn and chaired by Nancy Poses. Paula introduced Max Ash, a 10-year-old inventor with dyslexia and the creator of a unique “mug with a hoop”, a perfect mug for dunking marshmallows into hot chocolate. Max inspired guests with his personal story about how, with his parents’ help, he has been able to turn his struggle with dyslexia into an advantage. Max also received a heartfelt video greeting from Daymond John, ABC Shark Tank Mogul and Entrepreneur, who spoke about this own dyslexia. Susan Giannino, Chairman of Publicis, North America, accepted NCLD’s Spirit of Achievement Award on behalf of Publicis Worldwide. Publicis was honored for its pro bono creative support of Understood, a new comprehensive online resource and community for parents. Giannino was introduced by Shelly London, President of the Poses Family Foundation and Rachel Vitti, a member of Understood’s Parent Advisory Council. With two of her four children struggling with learning and attention issues, Rachel’s comments about the help that Understood offers were heartfelt: “I have often felt completely alone. If I’d had Understood, those early days might have been a whole lot easier.” Priscilla Rodriguez, Vice President of the Poses Family Foundation, and Kevin Hager, NCLD’s Chief Communication and Engagement Officer, shared with guests the incredible reception that Understood has had since its launch last fall. Understood has received over 2.8 million visitors to date and is nominated for the 2015 Webby Award for best Family/Parenting site. NCLD also honored two extraordinary high school seniors with learning disabilities with the Anne Ford and Allegra Ford Thomas scholarships, named for NCLD’s Chairman Emerita Anne Ford and daughter Allegra Ford Thomas. The awards were presented by Zeke Nierenberg, the 2009 Anne Ford Scholar, who graduated from Hampshire College and is now working at Fullstack Academy in New York City as the Lead Instructor of Computer Coding. Savannah Treviño-Casias received the Anne Ford Scholarship and is planning to attend Arizona State University’s Barrett Honors College in the fall. She is an accomplished young woman having founded and run an anti-bullying program at her school and written a book about her life that received the Wellesley Book Award. Cody Trine received the Allegra Ford Thomas Scholarship and plans to attend a two-year program at Vincennes University, studying law enforcement and homeland security. Cody is passionate about community service, has played multiple varsity sports, and served as a mentor to younger athletes in his hometown. He has never allowed his dyslexia to hold him back. In his own words: “Once you win the battle inside your heart, the rest will follow.” James H. Wendorf, Executive Director of NCLD, thanked guests for their generous support, which directly helps NCLD to achieve its mission to improve the lives of the 1 in 5 individuals nationwide with learning and attention issues—by empowering parents and young adults, transforming schools and advocating for equal rights and opportunities. 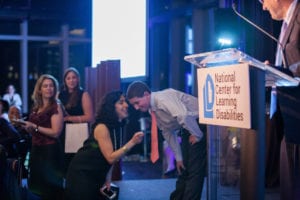 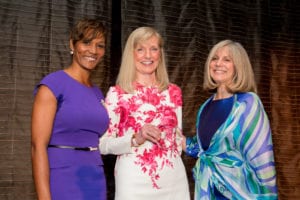 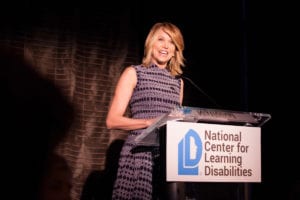 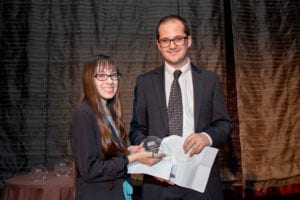 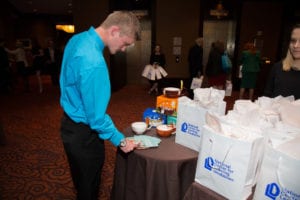 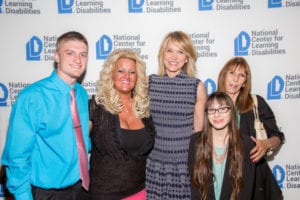 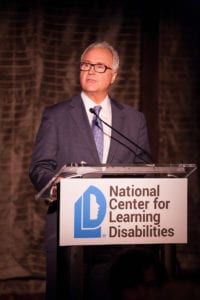 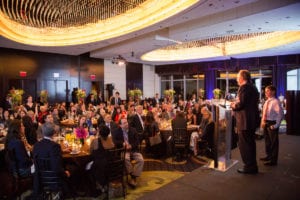 Fred Poses, Chairman of the Board, NCLD addresses benefit guests

The Power of Perspective: My Experience Advocating for the LD Community