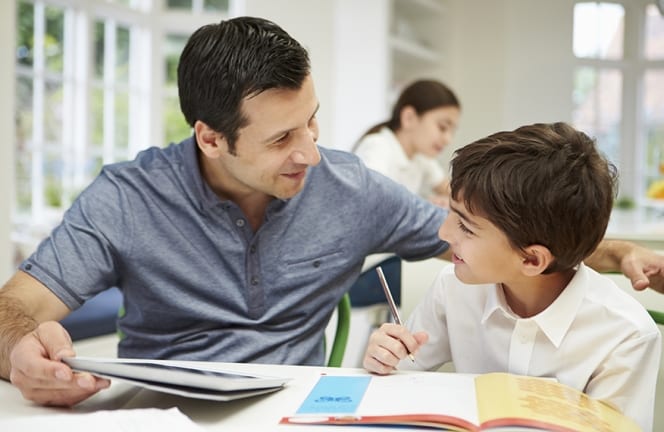 Parents and teachers are understandably on edge. The Education Department is in the midst of reviewing every regulation and policy document it has ever issued so it can decide which ones should be modified and which ones should be scrapped. This month nearly 600 guidance documents — including 72 relating to kids with disabilities — were quietly rescinded because the Department said they are “outdated.” And now the special education community is holding its breath as current guidance and regulations could go on the chopping block.
Special education law guarantees a parent’s right to be involved in their child’s education, and guidance documents from the department are important tools for parents to support their children and to partner effectively with schools. Revoking 72 of these documents, and not explaining why until after the public erupted in anger over the lack of information, seems to fly in the face of meaningful parent engagement—a principle the Department of Education has always espoused and one that is enshrined in our nation’s law, the Individuals with Disabilities Education Act.
As president and CEO of an organization that represents parents of children with learning and attention issues and as a parent of a son with disabilities, both I and the disability community have recently been on heightened alert. In January, Secretary of Education Betsy DeVos raised alarm in her confirmation hearing when she revealed her lack of familiarity with federal special education law. A few short months later, President Trump proposed a federal budget that would eliminate several programs that support educators and provide important educational services to all students. Then, we watched Congress wage a weeks-long attack on Medicaid, threatening to cut billions in services that help our nation’s most vulnerable children.
And here we are again. While NCLD breathed a sigh of relief upon realizing the rescinded guidance would not have a substantive effect on the rights of students with disabilities and their families, we shouldn’t have been forced to raise a red flag to receive that reassurance. We remain alert and concerned about what this means moving forward. For NCLD and the parents we represent, transparency and the process matter a great deal. Trust is everything.
Parents have a vested interest in the regulatory review process the Department of Education is engaged in. Parents rely on the many guidance documents that are being considered for rescission to help them understand the law and partner with their schools to ensure the law is being implemented effectively. As a mother of a son with disabilities, some of the most important people in my child’s life—his teachers and other professionals who serve him—rely on the same guidance documents to carry out their work, too.
However, the department’s lack of transparency—its roll back of guidance documents without an immediate explanation—rejects the long-held notion that parents, educators, advocates, and our federal government are partners in shaping policy that supports children with disabilities. Fortunately, this was the first phase and there is time for the department to engage parents in a more meaningful way.
In this first stage, the department rescinded these 72 special education guidance documents (plus hundreds across other education areas) on the basis that they were “out of date, unnecessary, or ineffective.” And it’s not likely there will be a substantive impact on students. But the next stage is critical: It is when the Department of Education will consider current guidance and regulations—ones that are even more likely to be used by parents and educators. And for that reason, it’s necessary that the department take into account the perspective and needs of parents as it moves forward.
Parents like me and advocacy groups like mine are watching. Earlier this year, more than 16,000 parents, teachers, education advocates, and community members submitted comments in response to the department’s regulatory review—many imploring the department to leave everything as is rather than risk tossing out something useful. We regularly rely on guidance and have valuable opinions about what matters to our students. Parents and community members must be meaningfully brought to the table before the Department of Education makes any further decisions that will impact the rights of and services provided to our children. This is a critical opportunity for parent engagement, and the department should not pass it up.
It seems that what has been forgotten in the midst of all of these policy discussions are the children. Behind every policy decision made in Washington is a child—someone’s son or daughter—whose future hangs in the balance. We must recognize that we each play a role in collectively building an inclusive education system where all children are afforded the opportunity to succeed.

Learning during Covid-19: How to Survive Digital Learning with LD

Finding Focus in the Unexpected

Congress Passes CARES Act in Response to the COVID-19 Crisis