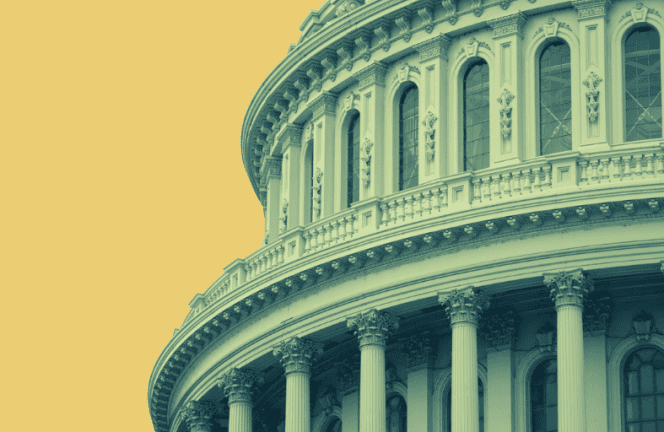 This September, Congress funds the government, NCLD launches a new interactive tool, and the USED releases two guides and gives up on a court battle. See how NCLD worked on behalf of people with disabilities this month.

Congress Set to Vote on a Continuing Resolution (CR) to Fund the Government Through December
Last week, the House overwhelmingly passed a revised continuing resolution (CEF) (H.R. 8337) that extends government funding through December 11 because current funding expires at the end of this fiscal year on September 30. The Senate plans to meet for a procedural vote on September 29th, which would advance the stopgap spending bill in order to avert a government shutdown on Wednesday at midnight. Final passage will likely happen Wednesday, meaning President Donald Trump will have to sign the measure with just hours to spare before a federal funding lapse. If passed, funding for education-related programs will be frozen at fiscal year (FY) 2020 levels through December 11th, at which point Congress will need to reach another deal to continue funding through the end of FY2021.

NCLD Launches Interactive Tool to Help Spot the Potential Signs of Learning Disabilities
COVID-19 has stalled many typical support systems for families. One challenge of the health crisis, however—that parents and caregivers are more and more responsible for their children’s education—may also be a gift. With more time together, parents have the opportunity to become more closely aware of learning struggles.

NCLD is proud to launch our new interactive tool, The LD Checklist: Recognize and Respond, a tool for parents, educators, and other care providers to help determine if a child may be at risk for, or shows signs of, having learning disabilities (LDs).

House Democrats Introduce New Pandemic Relief Bill
On September 28th, House Democrats introduced a new version of the Heroes Act—the pandemic-relief bill it passed in May. This new version of the bill is $1.2 trillion less in total cost but more than doubles the education funding to $225 billion and dramatically increases support for child care, libraries and museums, and broadband access. The education funding includes $182 billion for K-12 schools and nearly $39 billion for postsecondary education. Part of the cost-savings comes from cutting in half the funding for state and local fiscal relief (a large portion of state budgets support education), down from $915 billion in the original bill to $436 billion in this version. In addition, the bill also provides for:

Senate Republicans likely won’t take up the bill if it passes the House because Democrats and Republicans are still more than $1 trillion apart when it comes to their target spending for the next stimulus bill. This means a stimulus relief bill likely won’t be passed until after the November elections, if at all.

October is LD Awareness Month!
October marks the beginning of Learning Disabilities (LD) Awareness Month, a time dedicated to lifting up the voices of the 1 in 5 people with learning and attention issues. During this month NCLD will highlight key voices within our community of advocates; parents, students, educators and all supporters alike. Individuals with learning disabilities have very specific perspectives and experiences — we will raise awareness by sharing these important stories and highlighting the power of their advocacy. Use this social media toolkit to spread awareness throughout the month!

Two New Guides Released by the USED to Assist with Implementation of Federal Laws During the COVID-19 Crisis
The Office of Special Education and Rehabilitative Services’ Office of Special Education Programs (OSEP) released a Questions and Answers (Q&A) document in response to inquiries concerning implementation of the Individuals with Disabilities Education Act (IDEA) Part B provision of services in the current COVID-19 environment. You can read the full guide here: IDEA Part B Provision of Services.

DeVos Backs Down on Fight Over Funding for Private Schools
NCLD and other public education groups are pleased that, after a months-long dispute with the Trump administration over the share of federal pandemic relief for private schools, U.S. Secretary of Education Betsy DeVos backed down. In a letter to the Council of Chief State Schools Officers (CCSSO), Secretary DeVos stated that she won’t appeal a Sept. 4th U.S. district court judge’s decision that found she illegally directed states to divert CARES Act money from public schools to private schools. In the letter, Secretary DeVos stated that although “The Department strongly, but respectfully, disagrees with the ruling…we respect the rule of law and will enforce the law as the courts have opined.” NCLD previously joined with other groups to oppose Secretary DeVos’ decision to divert public funds from the CARES Act to private schools.