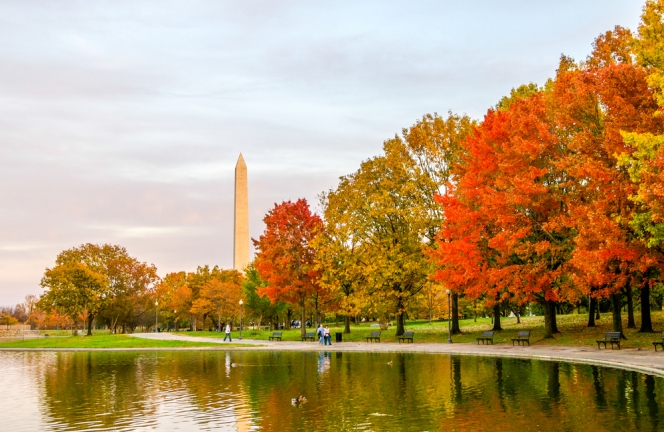 This November, Congress agrees to fund the government for another month, issues with and analysis of the Civil Rights Data Collection and funding for Minority-Serving Institutions withheld. See how NCLD worked on behalf of people with disabilities this month.

Congress Passes a Continuing Resolution to Fund the Government Until Dec. 20
Congress passed a short-term extension of government funding at last fiscal year’s levels until December 20. Without this extension, the government would have shut down until an agreement was reached. Afterwards, appropriators announced an agreement on totals for each of the 12 appropriations bills (allocations known as the “302(b)” levels). The agreement on the topline numbers for the bills is important because it means Congress can move ahead with work on spending for fiscal 2020 and avoid a potential government shutdown in four weeks. NCLD will continue to push for more funding for critical educaton, health and research programs in the coming weeks. Read more about NCLD’s federal budget priorities here.

National Center for Special Education in Charter Schools Releases Report on Civil Rights Data
The National Center for Special Education in Charter Schools released its third analysis of the Civil Rights Data Collection (CRDC), Key Trends in Special Education in Charter Schools 2015-2016. This report offers trend analyses comparing the areas of enrollment, placement, and discipline while introducing a new focus on enrollment by gender and race, the impact of a charter’s legal status on enrollment and educational environment, and the growth of specialized charter schools. Two key findings were that 83.5% of students with disabilities  in charter schools were educated in the general education classroom for 80% or more of the day compared to 65.5% of students with disabilities in traditional public schools. On the other hand, charters suspend a greater percentage of students with disabilities than do traditional public schools in the same states (11.85% vs. 11.32%) with the gap increasing when virtual schools are removed (12.27% vs. 11.32%). Read the full report here.

NCLD Signs on to Amicus Brief In Espinoza V. Montana Department of Revenue
In January, the Supreme Court will hear arguments in the case of Espinoza v. Montana Department of Revenue. The case deals with the constitutionality of school vouchers for use at religious schools. So why is NCLD taking a stand with our partners? The Supreme Court ruling will have a national impact, and the disability community wants to make clear the negative impact and potential harm that school vouchers can and do cause for students with disabilities. The brief highlights many of the same arguments that NCLD has made in our resources on private school voucher programs, including that these programs strip students with disabilities of their rights and legal recourse under federal laws (like IDEA), they often fail to appropriately serve students with disabilities, and can lead to segregation. To learn more about the case, visit the SCOTUS blog.

NCLD Joins Other Groups to Call for Funding for HBCUs, Other Universities
NCLD joined with nearly 30 other civil rights, education and advocacy organizations to urge Congress to pass the FUTURE Act. The FUTURE Act would renew funding for all Minority Serving Institutions, including Historically Black Colleges and Universities (HBCUs), Tribal Colleges and Universities, and Hispanic-Serving Institutions, Asian American and Native American, Pacific Islander-Serving Institutions, and Predominantly Black Institutions. Senate Republicans would like to overhaul laws surrounding federal higher education and have held up funding until an agreement is reached. The bill was was originally meant to extend the funding, but funding has since lapsed as of September 30. Read the full letter here.