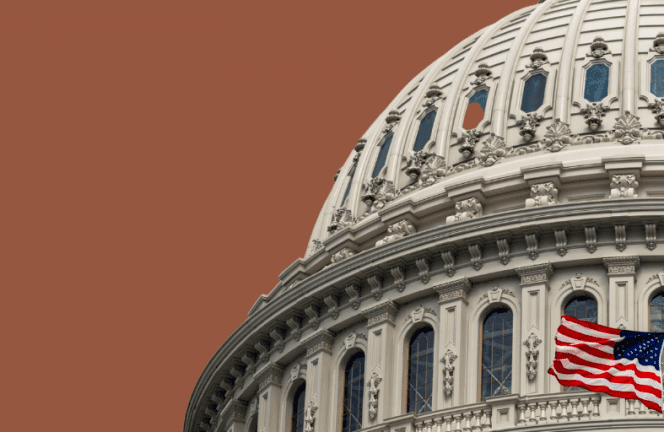 Congress Passes a Short-Term Continuing Resolution to Fund the Government

Congress passed a stopgap spending bill on February 18, that will allow for additional government funding through March 11, 2022. Although FY 2022 started on October 1, Congress has yet to finalize the FY 2022 appropriations process and funding is currently frozen at FY 2021 levels. NCLD strongly supports the work of Congress to complete the appropriations process in normal order and opposes the use of a year-long continuing resolution to conclude FY 2022 work. As they come toward an agreement on spending levels, NCLD has urged the Appropriations Committees to increase funding for critical education programs and reiterated the time-sensitive nature of passing FY 2022 spending bills.

On February 4th, the America COMPETES Act, a bill aimed at boosting competitiveness in the global market, passed in the House. It included an amendment that would require colleges and universities to collect data on student enrollment, transfer, persistence, and completion and be disaggregated by demographics. Disability status is included as a recommended data element for disaggregation for such data.

The Senate’s bill (called the United States Innovation and Competition Act of 2021) was passed last summer and did not have this amendment. The two chambers will begin negotiations soon to reconcile the two bills and will need to decide whether to have this provision in the final bill.

On February 1st, the Funding Early Childhood is the Right IDEA Act was introduced in Congress with bipartisan support. The legislation aims to “restore full funding for educational and early-intervention services for children with disabilities”, focusing specifically on investments in parts of the Individuals with Disabilities Education Act (IDEA) that assist with early intervention services for children 0-5 years old. Funding for these programs provides greater resources and better outcomes for young children with disabilities. NCLD applauds this effort and was one of over 60 organizations to support the legislation when it was introduced.

NCLD recently responded to a request for public comment through the Federal Register regarding proposed changes to the 2022-2023 Civil Rights Data Collection (CRDC). Among the proposed changes were restored data elements removed from previous collections, and new data elements relating to learning during the COVID-19 pandemic. As the leading source of civil rights data in public education, the CRDC provides parents, educators, and advocates with essential information about the educational experiences of historically underserved groups, including students with disabilities. NCLD provided comments in support for proposed changes that improved the quality and transparency of data collection on students with disabilities, as well as support for new data elements to promote safe and healthy school environments, such as data on seclusion and restraint.

During his State of the Union Address on March 1, President Biden touched on a number of education issues while discussing his policy goals for the coming year. Among these issues, the President pushed for increased tutoring and mentoring services in schools, which NCLD has advocated for in our report on inclusive, accelerated learning. President Biden also proposed a comprehensive strategy to address mental health issues in the country, which includes a focus on child mental health and expanded access to mental health services in schools. In a fact sheet released ahead of the speech about his mental health strategy, Biden additionally announced his plans to ask Congress for a “$3.3 billion increase for Individuals with Disabilities Education Act grants…and $450 millon for IDEA Part C”, which would benefit students with disabilities.

In Case You Missed It: