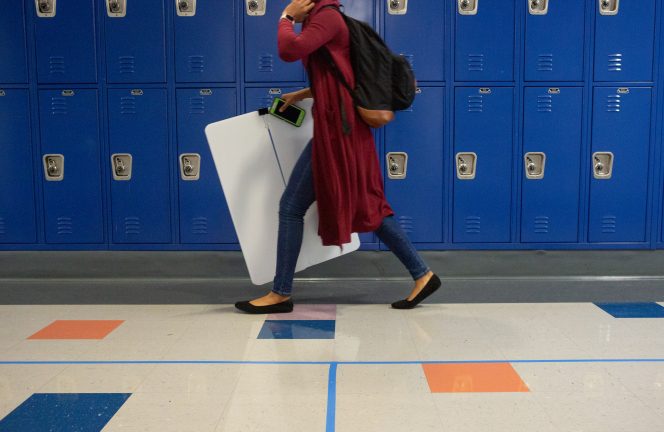 High-stakes tests in the form of entrance exams have been commonplace for the majority of prospective college students for more than 60 years. The initial purpose of these exams, such as the ACT (first introduced in 1959), was to standardize the application process and increase access to higher education. But these tests now are often the source of decreased access.

In recent years, we have seen more entities acknowledge that these tests are biased, favoring privileged students and creating even more disadvantages for those with disabilities and lower socioeconomic power. Some academic institutions have responded to this by becoming test-optional or even omitting these exams altogether. Additionally, testing initiatives have been altered or eliminated both temporarily and permanently in response to the COVID-19 pandemic. And a recent settlement in California further secured the trajectory of college admissions away from standardized entrance exams, calling for the elimination of the SAT and the ACT in the UC System admissions process.

Zachary Goldberg, executive director of media relations and external communications at The College Board, admitted weaknesses in the test when speaking of socioeconomically disadvantaged school districts. He stated that there are “performance differences across groups of students [that] reflect an unequal K–12 system.”

The College Board suggests that college admissions offices be cognizant of demographic discrepancies — but fails to mention measures The College Board itself could take to develop equitable assessments. Instead, testing agencies seek to create markets and capitalize on earning potential, which sometimes leads to additional points of inequitable access. For example, in addition to profit made directly from the test, testing agencies have introduced costly supplemental test preparation products. This creates even less equality of access between those who can and cannot afford such products. These products also fail to resolve the fundamental issues facing test takers with learning disabilities, while simultaneously inflating the competition. The personal interest testing agencies have is problematic in the context of education.

While some institutions are easing off tests such as the SAT and ACT, others — including half of the top 100 colleges and universities — have remained vested in test scores and gain prestige from statistics about their students’ scores. This creates a cycle: competition for high test scores is fueled, resulting in increased standards for admission to elite schools, followed by more competition and more increased standards. Data collected through schools using the Common Application, an application service that allows students to use the same application for multiple schools, found that while test score submissions dropped overall during 2020, rates of test score submission remained higher at selective schools than at less selective schools. And the rate of submission remained higher overall for Asian and white students, who generally score higher on these exams.

While test scores are helpful in indicating which students have benefits that will help them do well, they fail to provide fair consideration for other top minds. Test scores may indicate that a prospective student is smart, wealthy, and neurotypical, but GPA still surpasses test scores as the best indicator of future academic success. At institutions where both test scores and GPA are used, GPA is given less weight. The knowledge and skills of students with learning disabilities, more accurately represented by their GPAs than by their test scores, are being undervalued by these schools.
Educational institutions need to empower all students, not just the ones they are most accustomed to educating. Higher education is intended to elevate one’s thinking and advance one’s abilities, important factors in social mobility that all should have. Students with learning disabilities can and do excel beyond what test results indicate. They are ready to capitalize on educational opportunities if given a fair chance.

This is an installment in the series Learning Disabilities and High-Stakes Testing. High-stakes testing is used for admission to postsecondary educational institutions or career licensure exams. This series confronts issues pertaining to high-stakes tests for the 1 in 5 people with learning and attention issues.

5 Things To Know Now About the RISE Act