How the ADA Protects Me 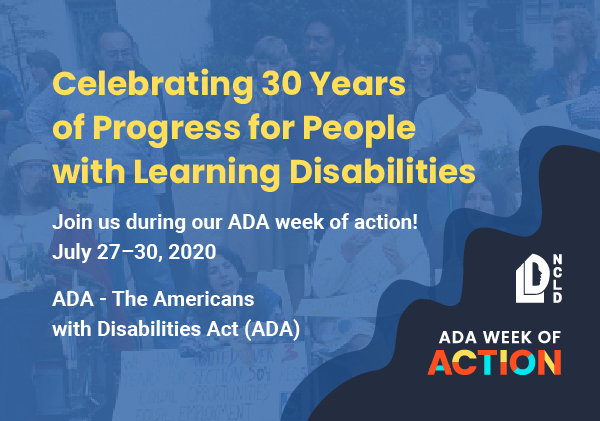 The Americans with Disabilities Act (ADA) reminds me of a tree that shelters and protects us. Trees offer us protection and strong beginnings, but being under the tree, we at times forget it has roots. Much like being under a tree, it was not until I started college that I truly knew what having accommodations meant for me. I had been diagnosed with dyscalculia, a math learning disability, when I was in the sixth grade. Over the years I had conflicting feelings about receiving special education services, but it was not until I began college that I was able to truly appreciate the benefit of my accommodations.

As a student at the biggest public university in the nation, the idea of navigating the world of accommodations and disability services seemed daunting at first. I was nervous about being my own advocate without a designated special education teacher like I had in high school. I was afraid that my disability would not be understood. However, when I submitted my first set of accommodations for my college classes I was amazed at how simple and reassuring the process was. I was able to easily use the university’s online disability support services portal to request which accommodations I needed for my classes. I was amazed at how understanding and accepting my professors were, and it was not until much later that I realized that it was the ADA that made it a requirement for my professors to provide me with my accommodations. I felt validated, understood, and empowered, and I felt I had an equal opportunity at being successful in college.

As someone with an invisible disability I have often experienced a lack of understanding by others when it came to my struggles in school and life. With the ADA I had the right to disclose or not disclose what my specific disability was. I was able to sit in class like everyone else and feel like I truly belonged there. My accommodations allowed me to have a sense of security and safety because I knew that I would not be dismissed or called out because of the challenges I may have faced in class. It gave me confidence to know I had an equal opportunity to excel.

My protection under the ADA offered me the opportunity to engage with other members of the disability community, and I felt like I had a strong support system at my university. I was a member of a community of people who also lived through challenges and faced harsh realities each day. I would not be where I am now if I was not protected under the ADA. I am an advocate for disability rights, and I hope to be a voice for those who still feel unheard, and for those who seek justice and equality. There is still so much to accomplish for learning disability rights, but the ADA has been the root system that has grown a movement, its branches have uplifted the unheard, and protected those of us who dream of a world where we are equal with our peers. We just want to succeed like everyone else.

This blog was written by Savannah Treviño-Casias, a member of NCLD’s Young Adult Leadership Council.